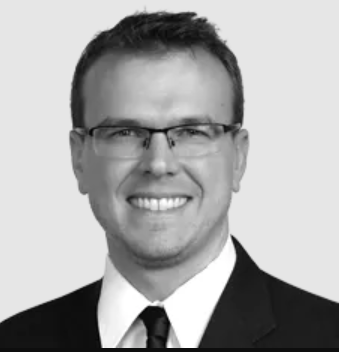 Nick is also a certified fire and explosion investigator by the National Association of Fire Investigators. Nick, thank you so much for joining us this morning.

Nick Mahoney: Thanks for having me, John. I look forward to it.

John: Today's discussion is on smart homes and fire investigations and the impact on claims. Nick, for our first question, can you tell our audience, what are some of the basics of fire scene investigations?

Nick: The basic methodology of fire investigation is the scientific method. You may be familiar with it from school, but it essentially starts off by recognizing a need. In this case, there was a fire, identifying the problem. Someone would like us to determine the origin and cause of that fire. In order to do so, we typically have to start collecting data, whether it's photographs, could be digital data, witness statements. Then, we start to analyze that data, use that data together to form a hypothesis about the origin and cause of the fire.

John: Nick, how do you identify smart home devices and data?

John: Nick, how do you preserve or recover smart home data?

Nick: All of these devices that may be in your home, whether you like it or not, are probably collecting some form of data. It may be stored locally, but most often, that data is stored in the cloud at a data center. In order to utilize the data from the smart home device, of course, we have to be able to obtain that data.

In the case of a fire loss, typically the best method is to talk with a homeowner, or a business owner, the owner of the particular smart home device, and simply ask them, number one, do they have smart home devices, and number two, how do they access them?

Typically, that's through a smartphone, so they can pull up their particular application on the smartphone. There will often be a list of data recorded by that device. Something as simple as taking a screenshot of that data is one way to recover the data from that device. Oftentimes, the data will be able to be exported and sent in a file, but often, the easiest way is to ask the homeowner to show it. That's often done at the very start of an investigation where that data is still intact, because one issue that we run across is some manufacturers don't store this data for extended periods of time.

The example of some thermostats will only store temperature data, for instance, for 10 days, whereas something like a ring doorbell camera may store videos for up to 60 days. It's important to obtain the data early in the investigation, and obtaining it directly from the source is the best method.

John: Nick, how can smart home data be utilized in fire scene losses for liability defense?

Nick: Once we've identified a device, for instance, a thermostat which may have recorded temperature data, and we've asked a homeowner or a business owner to allow us to access that data, we can use that information to determine something like the fire progression or fire origin. If you recall, we talked about the methodology of fire investigation. We've collected data, and then now we need to analyze it.

If you imagine a home with a thermostat that is measuring the temperature in a room, it's pretty clear to see how viewing that temperature data over time would give pretty good indication as to how quickly the fire spread, where the fire progressed, for instance, if there were multiple thermostats in a home.

That's one example. Some other examples include simply viewing videos that may be stored on a doorbell camera. If you imagine, in the US today, almost one in three homeowners has some sort of smart home device.

Imagine that's a doorbell camera, and you walk out your front door, you look to your left, and you look to your right, and one of those three has a doorbell camera that might be recording video. Being able to see fire from its initiation to progression to the point where, say, the fire department arrives on scene can be useful to determine the origin and cause of a fire.

John: What potential liabilities exist with smartphone devices and their use in fire claims investigations?

Nick: With smart home devices, there is the potential for one of these devices to inadvertently turn on. You're [laughs] probably all familiar with the concept of dialing your phone on accident when it's in your pocket. The potential exists for an electrical device or appliance to turn on accidentally as well.

Many manufacturers make something called a smart plug, where you plug it into your outlet and you can plug any device into it. It could be a space heater, or a hot plate, anything. Imagine that that device is remotely turned on via a smartphone, and there just happens to be a combustible material nearby.

Certainly, the potential exists for manufacturers of these devices to be involved in claims, where the operation of that device is potentially blamed for the cause of the fire.

John: Nick, one final question today. What do insurance adjusters need to be concerned about?

Nick: As it relates to smart home devices and fire investigation, adjusters need to recognize that these devices are extremely prevalent today, and simply asking the question of the insurer, "Do you have a device that you can connect to via your mobile phone? Do you have a smart home device?" That is a big step towards being able to obtain this data and use it in a fire investigation.

Oftentimes, in fire, the data that we may need is data that was destroyed in the fire, so any additional data that is available could be the deciding point between making a determination or not. Asking the question and being aware that these devices exist, they're prevalent, and it could be almost anything. That's the one takeaway adjusters need to have.

John: Nick, very informative. Thank you so much for joining us today.

Nick: Sure. Thank you, John.

John: You've just listened to Nick Mahoney from expert service provider, S-E-A. Special thanks to today's producer, Frank Vowinkel. Thank you all for joining us for "Best's Insurance Law Podcast." To subscribe to this audio program, go to our web page, www.ambest.com/claimsresource. If you have any suggestions for a future topic regarding an insurance law case or issue, please email us at lawpodcast@ambest.com.